Some Cleaning Chemicals that used to have the old Irritant  symbol now have the new corrosive symbol.

This is a fact.

For instance, most Cleaner Disinfectants and Sanitisers, with the new CLP symbols, now have the corrosive symbol.

Whereas before, with the old CHIP symbols, they would have had the Irritant symbol or even no warning symbol at all.

This is causing a lot of confusion, in fact so much so, HSE have an explanatory page on their website called Cleaning products and the corrosive pictogram. (Worth a quick read)

Take Washing up Liquid as an example

I don't know if you ever do any washing up, but if you do check out the washing up liquid at home. What CLP symbol has it got on the back?

I was shocked, the other day, to find a Corrosive symbol on the Washing up Liquid in my kitchen at home. Really?

We had a customer send back a Washing up Liquid they had been buying for years, saying "I ordered our usual washing up liquid, but you have sent me some corrosive stuff" It was the same product.

So, does this mean that a Washing up Liquid is as dangerous as an Oven Cleaner? Both now potentially have the same corrosive symbol on the label.

No, obviously not. But how would you know that, now the warning symbol is the same?

Why have the symbols changed?

You may well be asking.

Again, I turn to HSE website for an explanation of this - Background: Globally Harmonised System (GHS).

It is basically the UN (sorry you can't blame the EU for this one) have put the CLP together with the aim of have the same chemical classification worldwide.

As is often the case, "progress" has not been thought through with the end user in mind. This is a classic example of centralism.

If they had consulted the industry properly, these issues would have been resolved before they became potentially dangerous.

And potentially dangerous they are.

If a cleaner has become familiar with the corrosive sign on his washing up liquid at home and he knows than the product is relatively safe. If he then comes into contact with a new cleaning chemical with this same symbol on, he will naturally assume that it is a simular low risk to himself.

His could, of cause, be making a very dangerous assumption. The new cleaning chemical could be a very strong Acid or Alkaline with the potential of doing serious damage to his skin and eyes. It could blind him, even.

HSE say that you should consult your supplier, but  isn't the whole point of pictographic warning symbols that they quickly relay a vital warning visaully to the user of the product at a glance?

Does this not call into question the point in having these symbols at all?

I don't hold out too much hope that lobbying government and the UN will change anything any time soon.

It is now more important than ever that Cleaning Staff are trained in the safe use of Cleaning Chemicals and that you have COSHH risk assements, where needed.

And that, if you have products with the corrosive symbol on, which you probably will now, make sure you understand the product. Is it a Washing up Liquid type product or is it a really dangerous product? 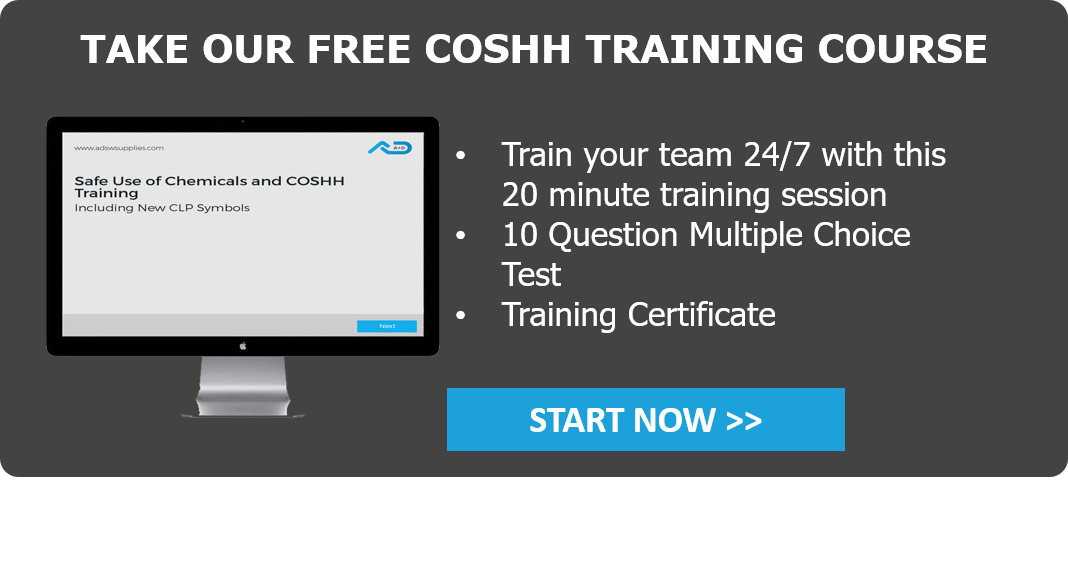 GET THE LATEST NEWS, ADVICE & OFFERS FROM A+D SUPPLIES